It’s rare to find a product category ripe with options but dominated by a single brand. If the only content management system (CMS) that you have heard of is WordPress, you are not the only one.

WordPress, with a CMS market share of 60%, is by far the most popular option around the world, while Joomla, its closest competitor, seems to account for a very small slice of the pie. It is natural, then, to question the need for going through these Joomla statistics.

They are important to understanding why Joomla (stylized as Joomla!) continues to maintain its fair share of dedicated users and developers. As we elaborate below, Joomla offers distinct advantages over WordPress (or other CMSs). Knowing about them helps you, the end user, to weigh the options available, which is why we took our time to collect more information about this potent CMS.

After all, understanding it better will help you read the reviews we have here at the Hosting Tribunal with a more eye and greater understanding.

Along with answering common questions related to the benefits of using Joomla, these statistics also provide relevant information on Joomla’s worldwide usage, its history, and its strong developer community.

1. Joomla is the 2nd most widely used CMS in the world.

As mentioned in the introduction, Joomla has been the 2nd most popular CMS in the world for several years now, with WordPress the clear leader. Drupal is a fairly close 3rd, followed by Squarespace and Shopify. As we see further down, there are specific reasons why many developers and users continue to swear by Joomla.

2. Joomla has been downloaded over 97M times.

Joomla is a 100% free content management system that has been downloaded more than 97 million times. This is not the same as the number of active Joomla users worldwide, but it does show that the CMS continues to enjoy a substantial following.

So, how much of the internet is Joomla? About 3.1% of all the websites in the world run on it, which sounds small only till you realize how massive the global network is. Of course, this is just about 10% of the reach achieved by WordPress.

About 54% of all websites in the world use a well-known CMS. Nearly 6% of these CMS-using sites rely on Joomla. This market share has remained relatively stable for the last few years, which is an indication that Joomla has held its own against the rising tide of WordPress usage.

How do these percentages translate into actual numbers? How many websites use Joomla in absolute terms? According to the figures in late 2018, a little over 2.5 million websites use the CMS globally. Of these, the largest portion – around 25,000 – are in the US.

Joomla’s share among the most popular sites is comparatively lower. It is used only by 1% of the top 100,000 sites. But the point to note is that, contrary to what many might believe, there remain many popular sites that have chosen to trust Joomla over WordPress or other options.

8. Over 9% of business websites use Joomla.

Interestingly, Joomla has a substantially higher share among business-focused websites. The core strengths of the CMS, like security and flexibility, make it particularly suited for business use. Using the CMS is also slightly more complicated than WordPress, which often necessitates hiring a developer – something that’s typically easier for a business than for an individual blogger.

A surprisingly high number of Joomla sites keep turning up daily on the internet. This is a major indication that the CMS is still going strong by bringing new Joomla enthusiasts into its fold regularly.

There have been three versions of Joomla till now, with the 4th expected to be out in 2019. 33% of Joomla users are still using versions 1 and 2.

Over the past 13 years, Joomla has won close to 20 major awards and recognitions, none more prestigious than the CMS Critic People’s Choice Awards, which it has dominated continuously from 2014. WordPress won it last in 2013. This proves that there is no definitive answer to the question: “What is the best CMS?”

12. Joomla has been selected as a Google Summer of Code Mentor organization 10 times.

This is another major achievement in the open source community. Joomla has continued to dedicate its resources to mentor new developers, which has helped strengthen its community as well.

We spoke of Joomla’s specific strengths earlier. Its users recognize the important benefits provided by the CMS, which have been acknowledged through independent and comprehensive studies too. If any of these factors are among the deciding criteria for you, Joomla quickly becomes the obvious choice.

14. Joomla offers over 70 translation packs for the core.

Creating multilingual websites with Joomla is a simple and straightforward process, making it a must have for organizations with teams from different cultures and languages. If your blog stats also routinely show visitors from across the world, offering content in multiple languages a key to gaining popularity. In addition, the language override in Joomla is very simple; you can change the text to suit your requirements without any coding knowledge.

15. There are thousands of free and paid templates for Joomla.

It isn’t possible to give a specific count of available templates as new ones keep getting added both on the official Joomla website and by independent developers, but this vast range offers any user tremendous flexibility in picking a look for their website. An advantage in Joomla is that it give you the option to use more than one template on one website.

16. According to official Joomla stats, it has close to 8,000 extensions.

Just as WordPress has plugins to extend the core functionality in many ways, Joomla has extensions. Most of these are available for download from a perpetually expanding list at the Joomla Extensions Directory, while others can be found with independent developers. While the Joomla extensions and themes are fewer than their WordPress counterparts, they exhibit greater security and stability thanks to the strict auditing process the Joomla community is known for.

The most important SEO functions are in-built in Joomla. You don’t need to install separate plugins (or extensions) to get your SEO going. Of course, Joomla’s developers strongly advise using add-ons to strengthen your site’s SEO.

Joomla’s reputation with regard to performance is very strong among the developer community, and for a good reason. For example, you can enable caching and Gzip compression right from the dashboard. Plus, there are extensions available to make the site even faster.

19. Joomla is more secure than WordPress out of the box.

Joomla ships with an option to force connections over SSL and another for 2FA.  The WordPress – Joomla comparison works in the latter’s favor in this case, too. With WordPress it is nearly impossible to ensure that every plugin employs safety standards. On the other hand, Joomla offers its own set of security extensions, and its developers maintain a list of extensions with known vulnerabilities.

20. The most popular websites using Joomla include those of Harvard University, IKEA, Linux, Guggenheim Museum, and The Fashion Spot.

We had mentioned right at the beginning that there are some very popular and high-traffic websites that have chosen to go with Joomla because of its strengths. These include top businesses, educational institutions, and nonprofit organizations.

21. Some of the most amazing Joomla sites are showcased at the Joomla.org site.

Many examples of the possibilities offered by Joomla can be seen at the showcase section of the official Joomla site. These websites make use of the core functionality of the CMS as well as the wide variety of extensions and templates to present in detail all you can do with Joomla.

22. Joomla is the best CMS for creating social networks.

Joomla’s strengths  stand out particularly much if you want a social networking component on your website. It has a lot of built-in functionality for membership sites, forums, and other ways to enable user-generated content. There are also extensions to further increase its capabilities in this area. The most popular social networking extensions are JomSocial, Community Builder, and EasySocial.

Blogging stats show that WordPress is the clear preference across the board for most would-be bloggers. It is also widely believed that Joomla is not suited for blogging. Some of this poor reputation is justified, but the Joomla core has improved its blogging functionality substantially over the years. Plus, excellent extensions like K2, EasyBlog, ZOO, RSBlog, and CJBlog allows bloggers as much control and ease of use as they would find on WordPress.

24. The most popular e-commerce-related Joomla extension is VirtueMart.

Even though WordPress has a substantial lead over Joomla in the world of e-commerce, the latter offers some excellent solutions in this area too, including many extensions and templates for the purpose. Apart from VirtueMart, other popular e-commerce-related extensions are EShop, J2Store,  HikaShop, and MijoShop.

We say “in its current form” because Joomla was the result of a fork of Mambo, an older open source CMS that winded up in 2008. The software is backed by Open Source Matters, a US-based not-for-profit organization. The name Joomla is the anglicized spelling of the Swahili word jumla, meaning “all together.”

The strength of any open source software lies in its community, and Joomla continues to be supported by a very strong cohort of developers spread across the world.

According to official Joomla statistics shared at the 2017 Joomla World Conference, the core developers, who are close to 800, have made over 29,000 commits, representing over 370,000 lines of code.

28. Joomla has an active community of nearly 700K members.

Beyond this core developers, close to 700,000 developers and users interact regularly on the Joomla forum to discuss developments of the software. In fact, Joomla has one of the strongest user communities across all open source software.

29. There are 180 Joomla user groups spread across the world.

Apart from the online interactions, the Joomla community is also kept alive and strong by over 180 user groups in different cities across the globe. If you are a new Joomla user, there is a good chance there’s a user group close to you that can help you out in getting a hang of the CMS.

And, finally, Joomla developers and users also meet up at events held all over the world. In 2018 alone, there were more than 35 major events like the JoomlaDays and JoomlaCamps in Italy, Germany, Austria, Brazil, and the US. 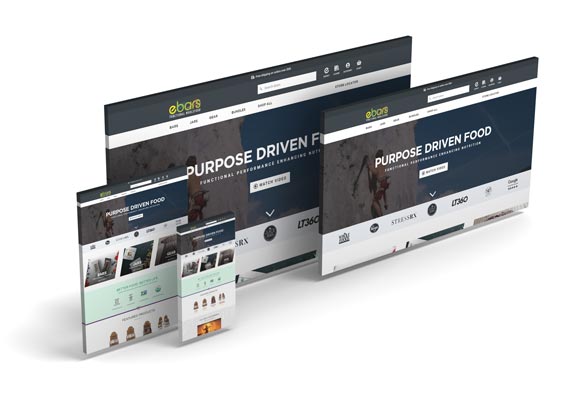 Designing and developing websites that are optimized for mobile and tablet devices is an important aspect of the work we do at New Line Web Design. 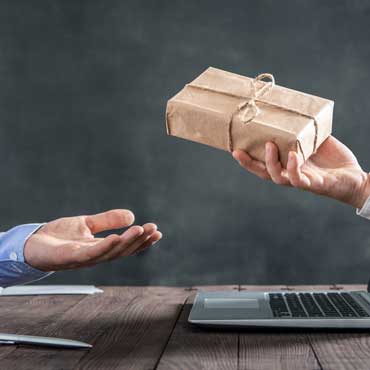 No matter what type of products your company sells (physical, virtual, or service), our digital design team creates eCommerce websites that perform... 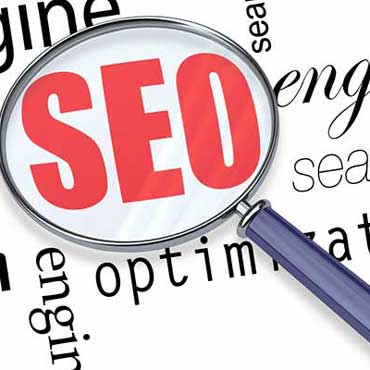 How to submit your site to search engines

It is important to submit your site's pages to all of the major search engines (Google, Yahoo!, Bing) because even though the other engines have... 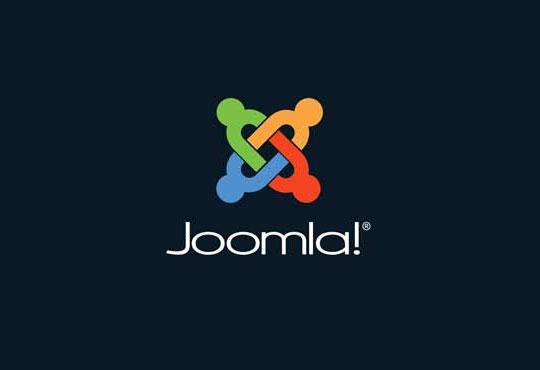 It’s rare to find a product category ripe with options but dominated by a single brand. If the only content management system (CMS) that you have... 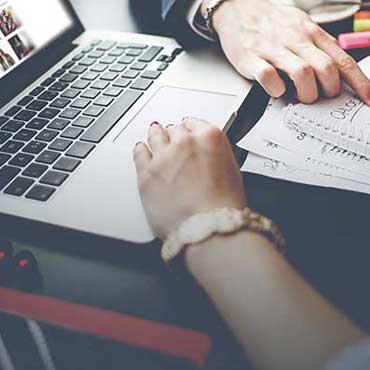 Whether you are going through a redesign for your small business website or developing a brand new site, these 7 features can be the difference...

Trusted By Our Clients

Got a project for us? Let's Talk

Schedule A Call
Locate us on the map
Close the map